Best Muzzleloader To Buy In 2015
Best Long Range Rifle Scope in 2015 Review
A Quick Guide About Using An Air Conditioner When Camping: All You Need To Know
Nikon P-223 BDC 600 Rifle Scope With Rapid Action Turret – A Revolution In Magnification Field
Nikon P-223 3-9×40 BDC 600 Rifle Scope – Best For Trouble Free And Accurate Shooting
How To Fit Rifle Scope Video Camera For Effective Result
How To Making Every Shot Count For Deer Hunting 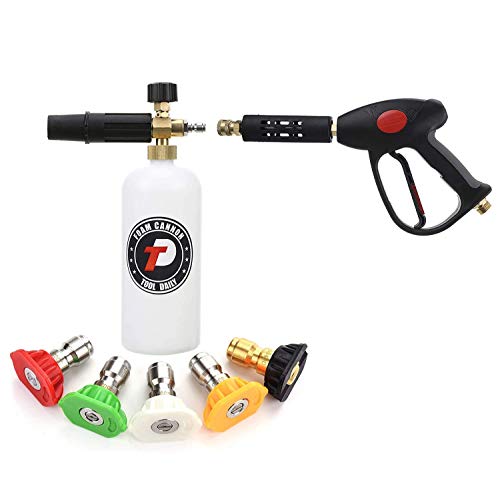 There seem to be a never ending discussion about what caliber is the best and what weapon to use, especially when it comes to hunting. Some prefer higher caliber weapons, while some prefer smaller ones, with less recoil and better aim.

When it comes to Remington rifle, one of the most discussed issue is the use of .22-250 or .223 caliber. People just can’t get enough talking about it, and comparing these two. If you are a regular hunter, you know what I’m saying.

While this particular topic will not favor one over the other, it will cover the basics and advantages or disadvantages of the one, or the other, respectfully. In this article we will not prefer any of these calibers, we will only show its basics, advantages and disadvantages. And there are some important differences that can play the key role in your decision.

In the end, it is the individual that will choose the caliber and weapon, best suiting his needs and the one he feels most comfortable with. So use our guidelines and you won’t make a mistake when choosing your hunting partner.

The .22-250 Remington is a high velocity, short action .22 caliber rifle cartridge, primarily used for varmint and small game hunting. It is also sometimes known as the .22 Varminter.

The .22-250 started life as a Wildcat cartridge and has its origins as far back as 1915. Its parent cartridge was the mild .250 Savage cartridge, designed for deer use. However, after much modification it evolved into a necked down version, which became the .22 caliber.

Loaded is the best

In 1937. Phil Sharpe, one of the first gunsmiths to build a rifle for the .22-250 and long time .220 Swift rifle builder, stated: „The Swift performed best when it was loaded to approximately full velocity, whereas the Varminater case permits the most flexible loading ever recorder with a single cartridge. It will handle all velocities, from 1.500 ft/s up to 4.500 ft/s. “

Despite a good following among many enlightened shooters it was not until 1965 when Remington legitimized the Wildcat into a factory round. When any Wildcat cartridge was adopted by a firearms manufacturer its popularity soared.

Go as far as you can

The .22-250 is mostly the choice of shooters who want velocity combined with accuracy and performance at extreme ranges. This cartridge developed a reputation for remote wounding effects known as hydrostatic shock.

Practical usage or who is on the other end

When coupled with a scope of high magnification, and loaded with carefully prepared hand loads, the .22-250 was taking corvids and foxes at 400 yards with great certainty. The ability to launch heavier 55 grain bullets at higher velocities offered the varmint hunger major advantages. This weight is about ideal in a .22-250 round as it gives predictable accuracy, good wind-bucking properties and a reliable performance on varmints and foxes.

While it is not recommended by some, besides the varmints and foxes, it can also be used to hunt deer, which is surely one of the “famous” animal for hunting. However one should be prepared on extreme reduction of accuracy if bigger, deer cartridges are used. So it can be done, but it takes a steady hand to pull this one off.

As with everything in life, what has benefits, has pitfalls as well. More powder is necessary to achieve these ballistics and that causes more recoil, barrel throat erosion, noise and muzzle flash. Many targets disappeared from view under recoil, and this is when muzzle brake comes in hand. So in fact, you don’t get to have a second chance often.

Noise and muzzle flash are only a problem in certain situations. In unpopulated areas were foxes or varmints are encountered, there should be no problems, however in a bit more urban setting, your presence may not be appreciated. The muzzle flash also obscures your view of the target and destroys night vision, and this is where sound moderators really come into their own.

Despite its age, the .22-250 continues to offer excellent performance and inherent accuracy to today’s shooters. It is a very versatile and flexible cartridge, offering a range of bullet weights and velocity spectrums. With a good range of factory ammunition and reloading components, this caliber will be around for many years to come. Also this caliber is widely available and not so expensive like the never ones.

However, man is always striving for better, constantly improving, and the fate of this caliber will depend on the next best thing. No doubt there will always be people who are loyal and faithful to the .22-250.

Like so many other popular cartridges used, the .223 Remington started life as a military round. No doubt this can only be an advantage, as teh caliber was exhaustively tested in the United States of America, where it was developed. Originally, the .223 was designed as a mid-range assault cartridge for troops that had low recoil, and was developed for the AR-15 and later M16.

The design had longer overall length and shorter neck from the .222 Remington. These cartridges are not interchangeable and even though the .223 will fit into a .222 Remington Magnum chamber, it could have seriously dangerous consequences.

It was standardized by the military in 1964. and it was a bold move as it came at a time when larger calibers such as the 7.62 NATO were the standard. It certainly pushed a trend towards smaller and more efficient design. Once military approval was given, Remington launched a sporting version of the round on the civilian market as the .223 Remington.

Popular thing wherever you are

The .223 filled a gap between the .222 Remington and the larger .22-250 round, and serves as an excellent general small game and varmint round. Even though it has the .223 nomenclature, it uses the .224 caliber bullets, ranging from as light as 30 grain (1.94 g) varmint profiles to the mammoth hand specialized 90 grain (5.83 g) bullets for longer range work.

The .223 Remington is a popular round and is chambered in nearly all the available rifle makes – the industry provides varied and extensive ammunition, with both factory ammunition and components for reloaders.

The .223 Remington wins over the .222 and its larger rival, the .22-250 in good ballistics with the minimum of powder and maximum efficiency. It is hotter than a .222 but not as hot as a .22-250, so there should be no worry about barrel wear and reduced life. Working at longer ranges, zeroing the rifle at 200 yards (182.88 m) would give the hunter a definite advantage.

Considering its minimal recoil, especially with a good moderator fitted, the shooter is capable of spotting his own shots to confirm a good hit. The .223 gives more distance than .222, and good caliber for fox and small deer species and exhibits good terminal ballistics for humane kills.

While the .223 has many advantages in range and ballistics, it is through reloading that the true potential can be achieved. Efficient and prudent loading achieves a no fuss, low recoiling highly accurate round that is easily suppressed and very capable at sensible ranges.

If it is good enough for the military, it certainly is more than good for foxes, varmint and other small game, with the right bullet. Barrel length and twist also play an important role with reloading. With the small case capacity the .223 is suited to powder burning rates of the fast to medium variety.

The .223 Remington is surely a caliber to be used many years to come, as there are still a lot of people preferring it to other ones due to its stability and ability to give a better lethal blow due to its good ballistics. However, if the shooter is no good, than the caliber must be wrong, right?

Conclusion – which way will you go?

As mentioned at the beginning, this article will not prefer one over the other. The mission was to simply show the basics, advantages and disadvantages of one or the other, and hopefully that mission was accomplished. Our ultimate goal was to help you decide, because we know and understand your struggle. Every fellow hunter goes trough the same, and if we can help, we sure will.

Like many other things, it really comes down to what people prefer and with what they feel most comfortable with. Some like higher velocity, some prefer less recoil and better accuracy, some just like more firepower. Every true lover of weapon need to know his best rifle, which really fits him, because hunting is some kind of a passion, a game between wild nature and human himself.

So if you don t know, how to hunt, or where to hunt, you really must know which is your favorite caliber of weapon. One thing is sure though, no one can say with certainty that one caliber or weapon is better than the other, since it all boils down to the personal preference.